We harness the power of plants for humankind and share the joy and beauty of tropical gardening with everyone.

Fairchild gets its name from one of the most famous plant explorers in history, David Fairchild (1869-1954). Dr. Fairchild was known for traveling the world in search of useful plants, but he was also an educator and a renowned scientist. At the age of 22, he created the Section of Foreign Seed and Plant Introduction of the United States Department of Agriculture, and for the next 37 years, he traveled the world in search of plants of potential use to the American people. Fairchild visited every continent in the world (except Antarctica) and brought back hundreds of important plants, including mangos, alfalfa, nectarines, dates, cotton, soybeans, bamboos and the flowering cherry trees that grace Washington D.C.

Dr. Fairchild retired to Miami in 1935 and joined a group of passionate plant collectors and horticulturists, including retired accountant Col. Robert H. Montgomery (1872-1953), environmentalist Marjory Stoneman Douglas, County Commissioner Charles Crandon and landscape architect William Lyman Phillips. This core group worked tirelessly to bring the idea of a one of a kind botanic garden to life, and in 1938, Fairchild Tropical Botanic Garden opened its 83 acres to the public for the first time.. Col. Montgomery, who founded the Garden, named it to honor his friend. Many plants still growing in the Garden were collected by Dr. Fairchild, including a giant African baobab tree by the Gate House. In 1940, Dr. Fairchild embarked on the Garden’s first official collecting expedition, sailing from the Philippines to the Indonesian archipelago on a special oceangoing Chinese junk called the Cheng Ho. The voyage provided many of the Garden’s early botanical specimens before the outbreak of World War II forced the explorers to return home.

Robert H. Montgomery was an accountant, attorney and successful businessman with a passion for plant collecting. With the guidance of Dr. Fairchild, he pursued the dream of creating a botanical garden in Miami, the one place in the continental United States, where tropical plants could grow outdoors year-round. Opened to the public in 1938, Fairchild Tropical Botanic Garden was established on an 83-acre site south of Miami purchased by Col. Montgomery and later deeded in large part to Miami-Dade County. Renowned landscape architect William Lyman Phillips, a member of the Frederik Law Olmsted partnership and a leading landscape designer during the 1930s, designed the Garden.

Our Natural History Collection, Library and Archives contain our expansive history. We have ongoing projects to digitize and preserve our collections.

Assembling and maintaining an outstanding botanical collection has been a fundamental part of the institution’s existence since 1938. Indeed, even before the Garden was created, Robert Montgomery and David Fairchild dedicated themselves to collecting, documenting and studying tropical and subtropical plants from around the world, especially palms and cycads, which are still the most significant Fairchild collections. Other major contributors to the Fairchild collections include Elmer D. Merrill, Liberty Hyde Bailey, Harold Moore, Jr., John Dransfield, Alwyn Gentry, Richard Howard, Stanley Kiem, John Popenoe (director from 1963 to 1989), Chuck Hubbuch (former Director of Plant Collections), and the Garden’s many scientists.

In 1984, the Garden became a member of the Center for Plant Conservation, a consortium of botanic gardens involved in preservation of endangered U.S. flora. Since Hurricane Andrew in 1992, Fairchild plant collecting efforts have intensified dramatically, as scientists sought not only to restore the Garden’s collections, but also to identify and save endangered plants throughout the tropics. Since that time, Fairchild’s collections now include tropical fruit, orchids, and Florida and native plants. 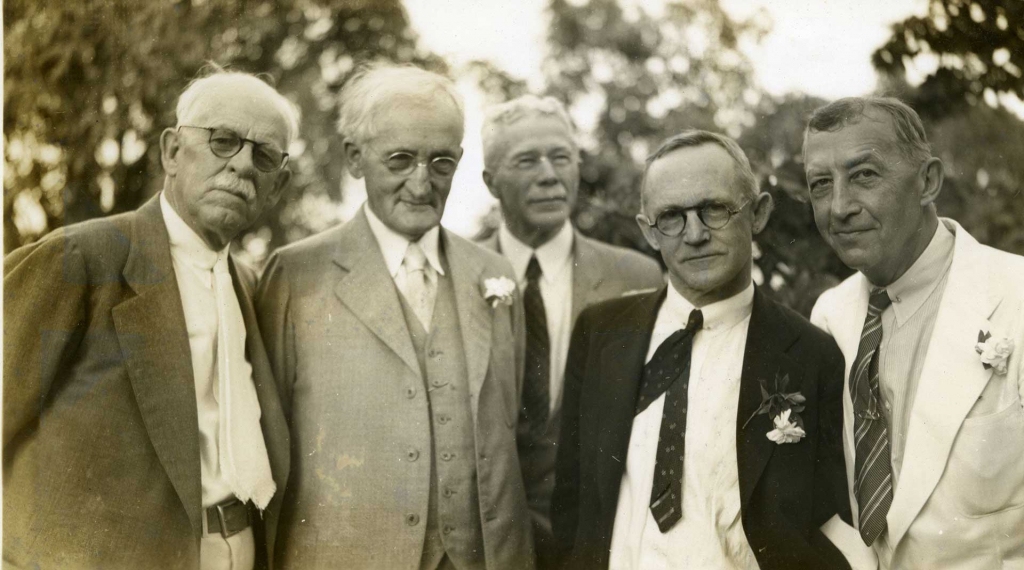 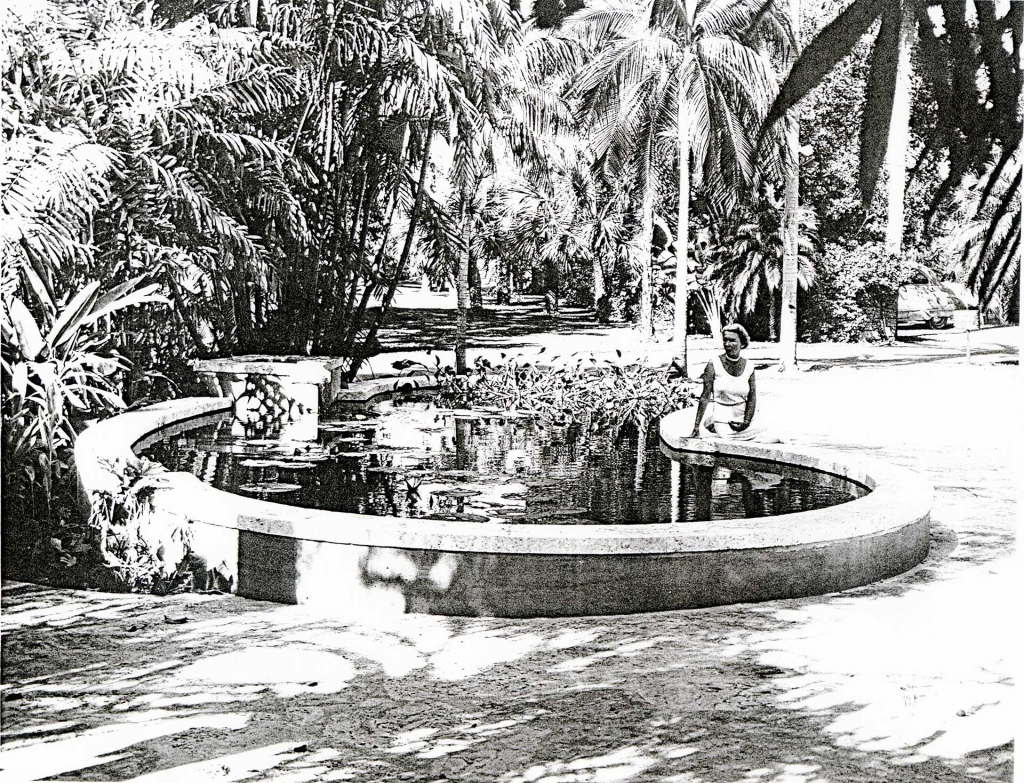 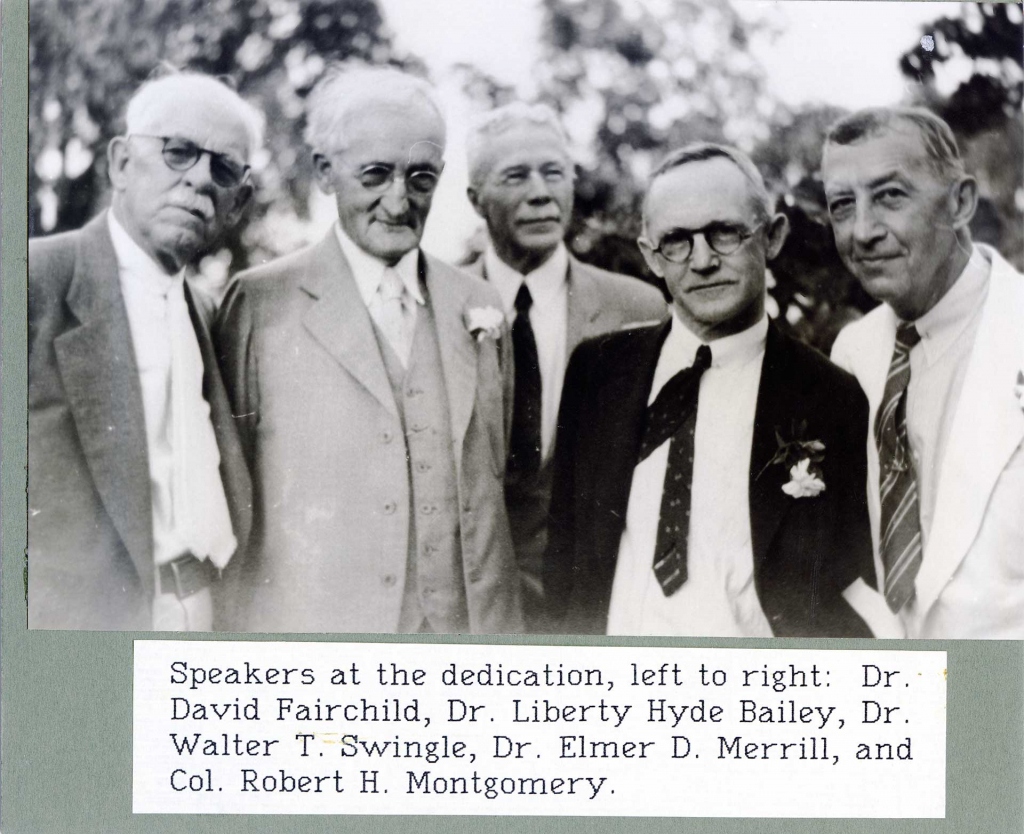